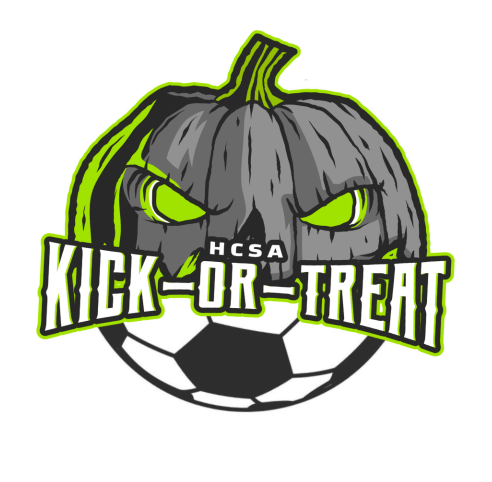 1)     Teams shall consist of a maximum of six players.

2)     All players must be currently registered with NTSSA.

a.     If a player is NOT currently registered with NTSSA through their home association, they will be required to pay an additional fee upon tournament registration in order to register with HCSA and NTSSA.

3)     Your current team roster may be divided to form more than one 4-on-4 team for this tournament.

4)     A medical release for each participating player must be submitted at check-in.

5)     Players MAY NOT compete on more than one team in this tournament. Violation of this rule will result in the suspension of both teams.

6)     Choose a name for the team, but remember to include the coach’s name to avoid any conflicts. Bring alternate jerseys to avoid conflicts. Home team should change jerseys whenever possible.

3)     A DEAD ZONE, an 8 foot radius semi-circle, will be marked in front of each goal. THE ENTIRE BALL MUST COMPLETELY CROSS THE LINE TO ENTER THE DEAD ZONE.

4)     The NEUTRAL ZONE  shall be the area bounded by an imaginary line drawn from the top of the DEAD ZONE to each touch line and the end line, but shall not include the DEAD ZONE.

6)     Shin guards are required but not provided.

7)     The Henderson County Soccer Association volunteers have made every reasonable effort to ensure the safety of the facility, but assume no liability for injury or lost or stolen property of either participants or spectators.

8)     The Henderson County Soccer Association reserves the right to delay games or cancel tournament in the event of severe weather conditions.

2)     A coin toss will determine starting possession. Opposition will control the ball at the start of the second half.

3)     The team which scores the most goals during regulation time will be declared the winner.

2)     If a player receives a red card, that player is suspended from further play in the tournament. All red cards will be reported to player’s home association, which may warrant additional sanctions.

4)     NO SLIDING WILL BE PERMITTED. Caution cards may be given to players violating this rule.

1)     Only four players from each six-member team will be allowed on the field at any one time.

2)     The fifth and sixth player will be available for free substitution.

3)     Substitutions may be made on the fly, from the mid-field line.

4)     If players are absent from the event, the team may elect to play with only three players (numbers down); however, a team may not play with fewer than three players.

6)     No players may enter the DEAD ZONE to interfere with the ball. A player may pass through the DEAD ZONE; however there may not be any contact with the ball inside the DEAD ZONE by any player. Infringement of this rule will result in a direct kick taken from half field marker. No player on either team can be on the offensive side of field during direct kick.

1)     A goal is scored when the ball’s entire diameter passes COMPLETELY over the end line while it is between the goal posts and below the cross bar.

2)     Goals may be scored from only the offensive side of field.

VII. DURING THE GAME

1)     The ball is out of bounds when its entire diameter passes COMPLETELY over the touch-line or the end-line while it is not a goal.

2)     If the ball goes out of bounds over the touch-line, the opposing team will be awarded an indirect free kick from that point.

3)     If the offensive team kicks the ball out of bounds over the end-line, the defensive team will be awarded an indirect free kick from the NEUTRAL ZONE.

4)     If the defensive team kicks the ball out of bounds over the end-line, the offensive team will be awarded a corner kick. Corner kicks are DIRECT kicks.

5)     All kicks except penalty kicks and corner kicks are INDIRECT. Kickoffs are indirect kicks.

1)     Advancement for age brackets will be determined by a point system. Teams tied at the end of regulation will split the points. Points for ADVANCEMENT will be awarded as follows:

1 point = Shutting out other team during regulation time

2)     If 2 teams accumulate the same number of points during bracket play, ties will be broken using the following methods in the order listed. Any other method may be prescribed by the tournament committee on an as needed basis.

The HCSA Tournament Committee reserves the right to amend these rules as needed; tournament rules will comply with NTSSA rules for sanctioned tournaments. Tournament director has final decision on all matters.

Refunds not related to inclement weather will be given at the discretion of HCSA.

Any team that withdraws from the tournament after the registration deadline will not receive a refund of the team’s registration fee.

Any team that withdraws from a tournament less than two weeks from the start of a tournament or does not complete all required scheduled games may not be allowed to enter any sanctioned tournaments until said team appears before the NTSSA Cup & Games Committee. The committee may issue sanctions to include suspension from tournament play.

Thank you to our sponsors: